The Centre for Community Child Health, which is part of the Royal Children’s Hospital in Melbourne, recently published a key report titled The First 1000 Days: An Evidence Paper, September 2017.

A key section of the report considers the contribution of fathers/male caregivers to a child’s development. The report noted that “While research on parenting often focuses primarily on the role of mothers or families in general, growing evidence supports the critical and unique role of fathers/male caregivers in early childhood development" (Cabrera, Shannon, Tamis-LeMonda, 2007).

Specifically, greater father involvement has been linked to: greater levels of cognitive and social competence; increased capacity for empathy; positive self-control and self-esteem; better interactions with siblings; and better academic progress (Wilson & Prior, 2011).”

So why did Judith decide to become an Infant Massage Educator? 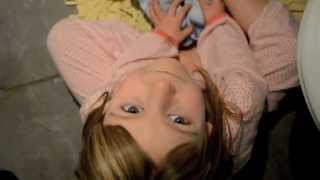 What are the benefits of infant/baby massage for siblings?

Growing up, when you are a baby, can have its highs and lows, how can infant massage help you?

What is colic and can infant massage help?